On Linux server monitoring, we might came across the terms server Load Average and CPU usage. Take a look at the brief explanation on both of them given below.

The three common commands that give the load average details are:

It is the average sum of the number of processes waiting in the run-queue plus the processes currently executing over 1, 5, and 15 minute time periods.

It represents the average number of processes that are in the running (using the CPU) or runnable (waiting for the CPU) states. The notable exception in Linux is that it includes processes in uninterruptible sleep states like waiting for some I/O activity to complete. This can markedly increase the load average on Linux servers.

For a single processor machine a load average of 1 means that, on average, there is always a process in the running or runable state. Thus, the CPU is being utilized 100% of the time and is at capacity. If you tried to run another process, it would have to wait in the run queue before being executed. For multiprocessor systems, however, the system isn’t CPU bound until the load average equals the number of processors (or cores, for multi-core processors) in the machine. If a database server, for example, has two dual core processors(2×2 processors), the system isn’t fully utilized until the load average reaches 4.

As a general rule of thumb we dont have to panic until the load average is 3 (3 for single core 6 for dual core and so on ). This is strictly a general concept.

Another term commonly appears in Linux server monitoring is CPU usage or CPU percentage. CPU percentage is the amount of a time interval that the system’s processes were found to be active on the CPU. If the system CPU usage (by using top command) is 45%, 45% of the samples taken by top found your process active on the CPU. The rest of the time the application was in a wait. (It is important to remember that a CPU is a discrete state machine. It really can be at only 100%, executing an instruction, or at 0%, waiting for something to do. There is no such thing as using 45% of a CPU. The CPU percentage is a function of time.)

To summarize CPU load is no. of processes waiting or running in the processor. CPU usages is time taken by any process in the CPU before complete execution. 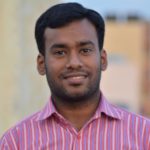