Apache: identify number of connections from a specific IP

Some times the webserver become loaded heavily due to large no. of inbound connections and makes the server sluggish or non-responsive. This is quite evident during DOS or DDOS attacks.In DDOS attack detection you can use the following script to identify the IP and the no. of connections active on a server using the following commands 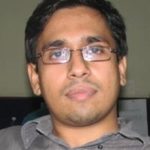 Geo Paul has good customer management skills and is ready to take up additional responsibilities whenever required. His analytical assessment and adaptability to changing situations and circumstances, makes him one of the highly preferred admin by various clients. He is a jovial guy and love to live life to the fullest.

How to block IP’s using .htaccess