Infrastructure as a code is not something which I imagined when I started my career back in 2003. IT infrastructure has moved from hardware to software, slowly but surely. Usually, DevOps automation applies to the CI/CD source code pipelines. But infrastructure as a code has unveiled a huge and lots of scope in terms of automating the infrastructure deployments as well. We are taking this opportunity to discuss the same with reference to Amazon Web Services. Itʼs not that we are ignoring other providers, it is just that 90% of our expertise in this field is acquired on AWS infrastructure.

#1. AWS service configuration as a code

#2. Deployment pipeline includes one or more steps below

CI is building your code and running all tests on every code commit. We start by making a change to the code, unit tests are done on the new codes and once they pass successfully, its merged to the codebase. Using this method is convenient for any reasons, any broken codes can be identified before they reach the codebase and the errors can be identified at the very initial stage.

CD is CI + having the ability to deploy your continuously integrated code to a production environment in a fully automated fashion.

The general pattern for CI/CD pipelines

Step 3 : Staging where the code is deployed and tested (there could be various staging levels where there are different testing also involved like integration tests, load test etc)

Step 4 : Production where the code is deployed to public servers

All at once/Deploy in place: The application on each instance in the deployment group is stopped, the latest application revision is installed, and the new version of the application is started and validated.

Rolling: A single batch is moved out of service and is upgraded to the latest version.

Rolling with additional batch: Similar to Rolling, but new instances are created with an updated application.

Immutable: The updates which ensure that configuration changes that require replacing instances are applied efficiently and safely.

Blue/green: New instances are deployed for replacement, and are updated with the latest application. An optional wait time is given for, testing. Once the process is completed the traffic is routed to the new instances. The older set of instances are later, updated or terminated if not used.

Need help? We are always happy to help you. 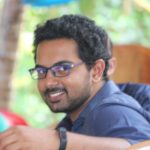 Smith is always ready to learn new technologies and explore new territories. His never-ending passion towards technological advancements, unyielding affinity to perfection and excitement in the exploration of new areas, help him to be on the top of everything he is involved with. He is currently working as System Engineer at SupportSages.