Everything you need to know about Firewalld

What is a firewall?

In real life, we can say a firewall is a barrier that’s put in place to limit the damage a fire can cause.

A firewall is a part of a computer system or network that is designed to block unauthorized access while permitting outward communication and to provide important logging and auditing functions.

For example, if a firewall is configured with a rule to block Telnet access, then the firewall will drop packets destined for Transmission Control Protocol (TCP) port number 23, the port where a Telnet server application would be listening.

Dynamic packet-filtering firewalls maintain a table that keeps track of all open connections. When new packets arrive, the firewall compares information in the packet header to the state table and determines whether it is part of an established connection, if it is, then the packet is allowed through without further analysis. If the packet doesn’t match an existing connection, it is evaluated according to the rule set for new connections.

Provide application layer filtering and can examine the payload of a packet and distinguish among valid requests, data and malicious code disguised as a valid request or data.

A properly configured firewall is one of the most important aspects of overall system security. Firewalld is a complete firewall solution that manages the system’s iptables rules. Starting with CentOS 7, firewalld replaces iptables as the default firewall management tool.

Firewalld uses the concepts of zones and services, instead of iptables chain and rules. You can control what traffic is allowed or disallowed to and from the system based on the zones and services you’ll configure. Firewalld can be configured and managed using the firewall-cmd command line utility.

Firewalld is installed by default on CentOS 7, but if it is not installed on your system, you can install the package by typing:

Firewalld service is disabled by default. If you just installed or never activated before, the command will print not running otherwise you will see running. You can check the firewall status with:

To start the firewalld service and enable it on boot type:

Zones are predefined sets of rules specifying what traffic should be allowed based on the level of trust on the networks your computer is connected to. You can assign network interfaces and sources to a zone.

Below are the zones provided by firewalld ordered according to the trust level of the zone from untrusted to trusted:

After enabling the firewalld service for the first time, the public zone is set as a default zone. To view the default zone, type in:

To print the zone configuration settings:

We can see that the public zone is active and set as default, used by both eth1 and eth2 interfaces and connections related to the DHCP client and SSH are allowed.

Configurations of all Available Zones

To check the configurations of all available zones type:

You can easily change the Interface Zone by using the using --zone in combination with the --change-interface. The following command will assign the eth1 interface to the work zone:

Verify the changes by typing:

To change the default zone use --set-default-zone followed by the name of the zone you want to make default.

Verify the changes with:

Firewalld services are predefined rules that apply within a zone and define the necessary settings to allow incoming traffic for a specific service.

With firewalld you can allow traffic for specific ports based on the services. To get a list of all default available services type:

You can find more information about each service by opening the associated .xml file within the /usr/lib/firewalld/services directory. For example, the HTTP service is defined like this:

To allow incoming HTTP traffic for interfaces in the public zone, only for the current session, type:

If you are modifying the default zone you can leave out the --zone flag.

You can verify the service was added successfully use the --list-services flag:

If you want to keep the port 80 open after a reboot you’ll need to type the same command once again but this time with the --permanent flag:

Use the --list-services along with the --permanent flag to verify your changes:

For removing a service use --remove-service instead of the --add-service flag. To remove the http service from the public zone permanent configuration use:

If you are running an application for which there is no appropriate service available, you have two options – either open up the appropriate ports or define a new firewalld service.

To open port a port, say 2086 in the public zone for the current session which uses TCP, use the --add-port= flag.

Protocols can be either TCP or UDP. To keep the port 2086 open after a reboot, add the rule to the permanent settings by running the same command using the --permanent flag.

To verify that the port was added successfully use the --list-ports flag.

The syntax for removing a port is similar to adding a port. Just use --remove-port instead of the --add-port flag.

Open the newly created newservice.xml file and change the short name and description for the service within the <short> and <description> tags. The most important tag you need to change is the port tag which defines the port number and protocol you want to open.

Save the file and reload the Firewalld service:

You can now use the newservice service in your zones same as any other service.

For forwarding traffic from one port to another port or address, first, enable masquerading for the desired zone using the --add-masquerade switch.

To forward traffic to another server on a different port, for example forwarding the traffic from port 80 to port 8080 on a server with IP 10.10.10.2:

If you want to make the forward permanent just append the --permanent flag.

In this article, we have gone through how to configure and manage the Firewalld service on a CentOS system and some basic concepts of firewalld. 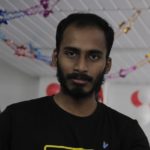 Albert likes to explore and learn new things. He is hardworking, enthusiastic and is getting expertise in Linux administration, Networking and Security areas. He understands client requirements and is able to act accordingly. He has been working for 2 years with us.

General practices in protecting the privacy of your data