Published on: October 6, 2010 by Jithin Vijayan

Increasing growth of Internet created a high demand for IPs and made the job of IP allocation a tougher one. To avoid this situation of requesting additional IP addresses was avoided by the introduction of IP subnetting. The IP subnetting was introduced so that the local network will be more adaptable to changes when a new physical media is installed, when it has to be split into two or more networks. Say for example in an office if they needs a seperate network for the administrative purpose and which should not get interfered with the office purpose ones. But the main purpose of IP subnetting is to reduce the heavy traffic loads. Security can also be increased with subnetting by preventing access to a particular network from others. Basically it allows a single shared network to connect to the internet so that the organisation will have multiple connections without having any extra IP address space.

Process of subnetting a network

Subnetting a network in simple words is representing network bits by 1s and host bits by 0s. As mentioned earlier we divide host bits for subnetting so we are reducing the host ID for the subnet ID. Class A have 24 bits to split, Class B has 16 and Class C have only 8. Let’s take a Class B IP for instance.

and so on. Here if we take 5 bit subnetting for this IP, subnetting will be done in

The number of sub-networks created will be equal to (2^n) where n is the number of bits borrowed to network portion. Here it is 5 so

Number of hosts per subnet is calculated by formula (2^n)-2 where n is the number in host bits.  (2 subtracted is for, one is the network id which is the first IP in the network and last one will be the broadcast ip). i.e All 1’s and all 0’s are not permitted for subnets.

A bit mask, known as the subnet mask, is used to identify which bits of the

original host address field indicate the subnet number. The number is calculated by representing the network part with ones and the rest with zeroes. The subnet mask for the above IP will be

The above case is just an example as subnetting is done for a required number of hosts per subnets.

The above subnetting done is an example of static subnetting but there are some setbacks when the subnets are divided statically. Consider a corporation where a Class C network IP 165.214.32.0 is assigned and they have a requirement to split this into 5 separate networks. And let each network has a prerequisite of

The above cannot be achieved with the subnetting which we done earlier. Static subnetting can divide network into four subnets each with 64 hosts or eight subnets each with 32 hosts. This doesn’t meet our prerequisite. Here the entire network cannot have same subnet mask . To avoid such situations we divide the network into different subnets according to the requirement. For the above it can be done

It is a methodology of allocating IP addresses and routing Internet Protocol packets. This method was introduced to keep Internet from running out of IP addresses. Though the concept of subnetting addressed a major difficulties in classful addressing they couldn’t tackle the problem in general terms. Anyone having a requirement of more than a 254 host addresses were given Class B address block which have 65534 host addresses. This is really unacceptable at this point of time where the requirement of Ips are on a high. The method of classless addressing was introduced to avoid the crisis.

Each CIDR routing table entry contains a 32-bit IP address and a 32-bit network mask, which together give the length and value of the IP prefix. This is represented as <IP_address network_mask>. For example, to address a block of eight Class C addresses with one single routing table entry, the following representation suffices: <192.32.136.0 255.255.248.0>.

The process of combining multiple entries into a single network is known as supernetting.

The above IP is also represented in another notation 192.32.136.0/21 where 21 means network has 21 bits for network id and 11 bits for host id. Perhaps this is the widely used notation better known as CIDR notation. The following figure will explain this better. 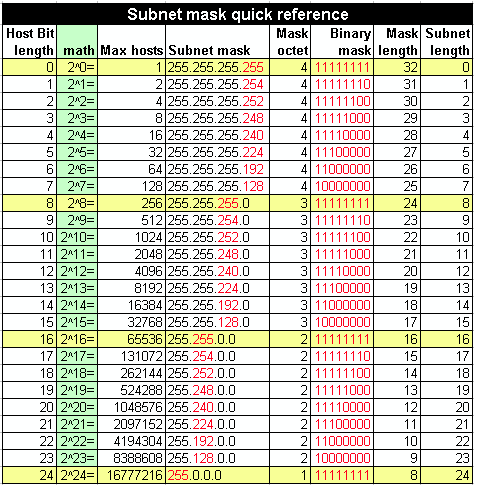 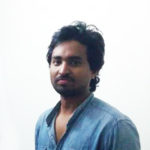 One of the most inquisitive person you may come across in your life :-). His enthusiasm to unearth the existing technologies and excellent comprehension skills makes him one of the most dependable admin during critical situations. Jithin loves trekking and photography.