Error : 405 – HTTP verb used to access this page is not allowed (Parallels Plesk 10)

In this Post, we will go through a known issue with Parallels Plesk 10. Sometimes we won’t be able to access Webadmin from the control Panel and shows some errors regarding the HTTP verb used . The error may be shown as :

Error : 405 – HTTP verb used to access this page is not allowed (See the screen-shot below)

Analysis : This is a known issue in Parallels Plesk 1 0. Parallels says this is because some ASP component wasn’t installed in IIS, and its necessary to Webadmin.

Fix : Install the ASP component by following these steps :

(1 ) Login to the server via Remote Desktop
(2) Access Commad Prompt (Run -> cmd)
(3) Execute the commands in the order :
(i) C:\>cd %plesk_bin% (this will change to the Plesk bin directory)
(ii) C:\Program Files (x86)\Parallels\Plesk\admin\bin>defpackagemng –fix–type=sqladminmssql 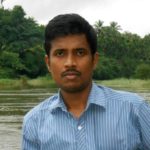 How to Enable HTTP redirection in IIS Servers